Here’s the write-up for the fourth challenge, which has nothing to do with dominoes.

For the Day 04 Hackvent challenge, we were given the following instructions : 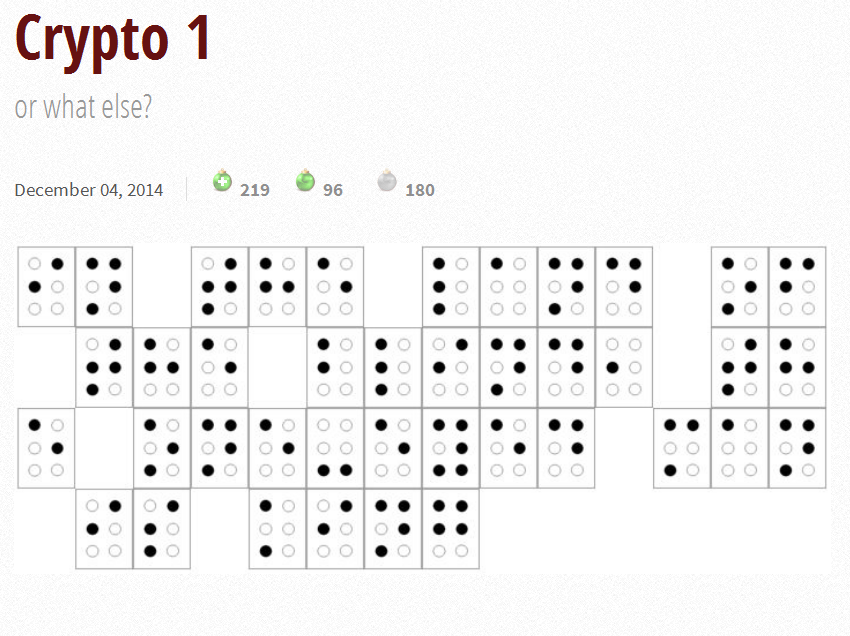 That’s pretty straightforward substitution cipher, only with dominoes symbols instead of letters. First, we have to encode it into letters, using their order of appearance :

To decode it, you will need an interactive tools where you can update the sustitution table and see immediately the decoded result. Personnally I used the tool provided by CryptoTools. To break a substitution cipher, you need to guess where the right letters are, by using letter frequencies.

The most frequent digrams are OF, TO, IN, IS, and IT, so it’s likely that 'ab', 'ij' and 'ap' are encoded versions of one of 5 former digrams. Again for the trigrams, the most common ones being THE, AND, FOR, WAS, and HIS.

The real breakthrough comes by looking at trigrams : there is a “cde” word which is repeated three times in the ciphertext. Moreover, two of the repetitions are enclosing a word - "kfabhl" - so it can only be "AND" or "THE". After many trials and errors, here is the result : 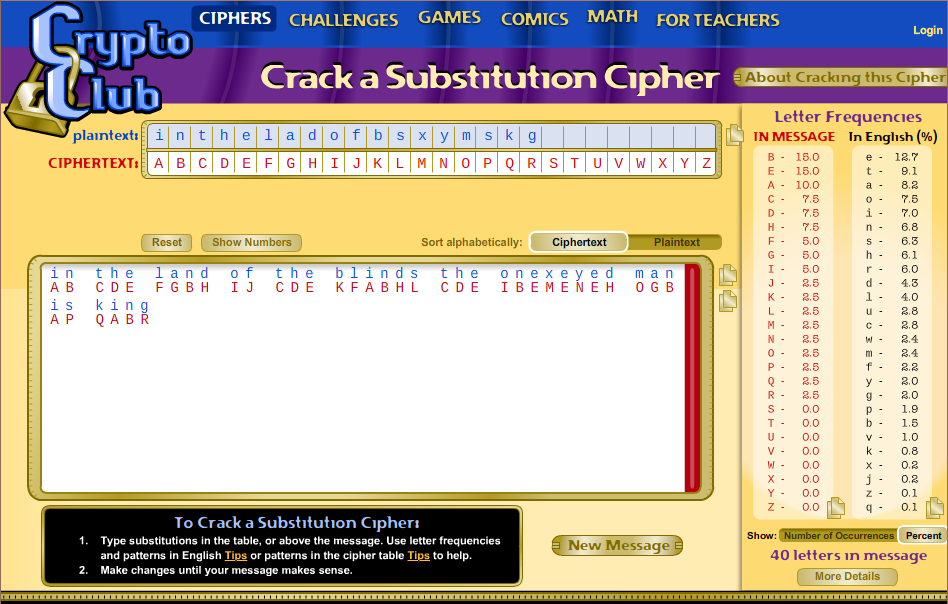 (The cryptoclub tool not supporting other characters than simple alphabet, I used 'x' instead of "-".)