Here’s the write-up for the first “medium” challenge at day 8, which consist of running potentially malicious arbitrary code on your machine.

For the Day 08 Hackvent challenge, we were given the following instructions : 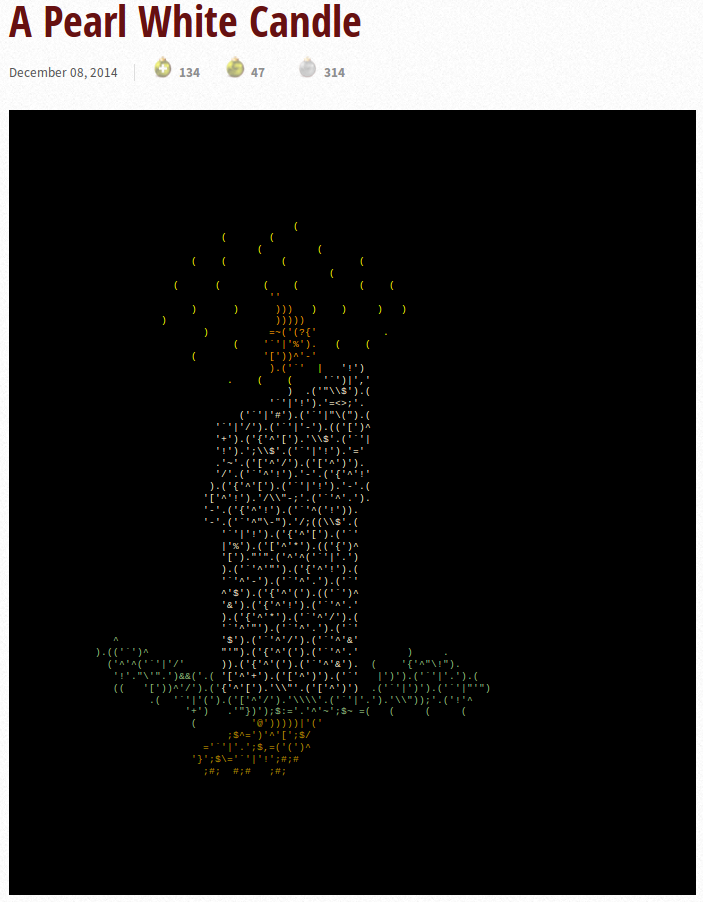 The candle-like code look a lot to me like this one :

Beware, this is a fork bomb ! This string has historically been sent to as answers to real-world linux problems, as a prank in order to educate linux newbies about the dangers of running arbitrary code from a Internet stranger. For information, this prgram replicates itself until it exhausts the host’s resources (ram, processes, handles, etc. ). A real nasty piece of software.

So what’s I am gonna do about the unkknown candle program ? run in bash of course ! Well I didn’t corrupt my computer, since it didn’t really run : an error was detected. That’s when you have to use a clue in the title “a PEARL white candle”. Okay, this hint is as subtle as a hooker’s makeup. You have to run the code with Perl.

So, this program doesn’t work either, but I don’t care since I got the body of the code, in human-readable format. From what I read, I assume I need $a to be equal to "0BZMNDSFZNQOBNDOFGSN1SFZ!" at the end in order for the script to print “right”. I guess the corresponding $a input should be the winning text used to get the validation qr-ball.

the chomp function is only here to strip any return char in the input, the major transformation is done in the $a=~tr/A-Z a-z/\"-;N-ZA-M/; part. The tr function in Perl is used to translate a charset into another one, using relative position of char as table. For exemple tr/a-e/1-7/ transform the text “deadbeef” into "4514255f". At first I tried to find the reverse table to invert the tr function, but I quicky said fuck it and did it by hand : 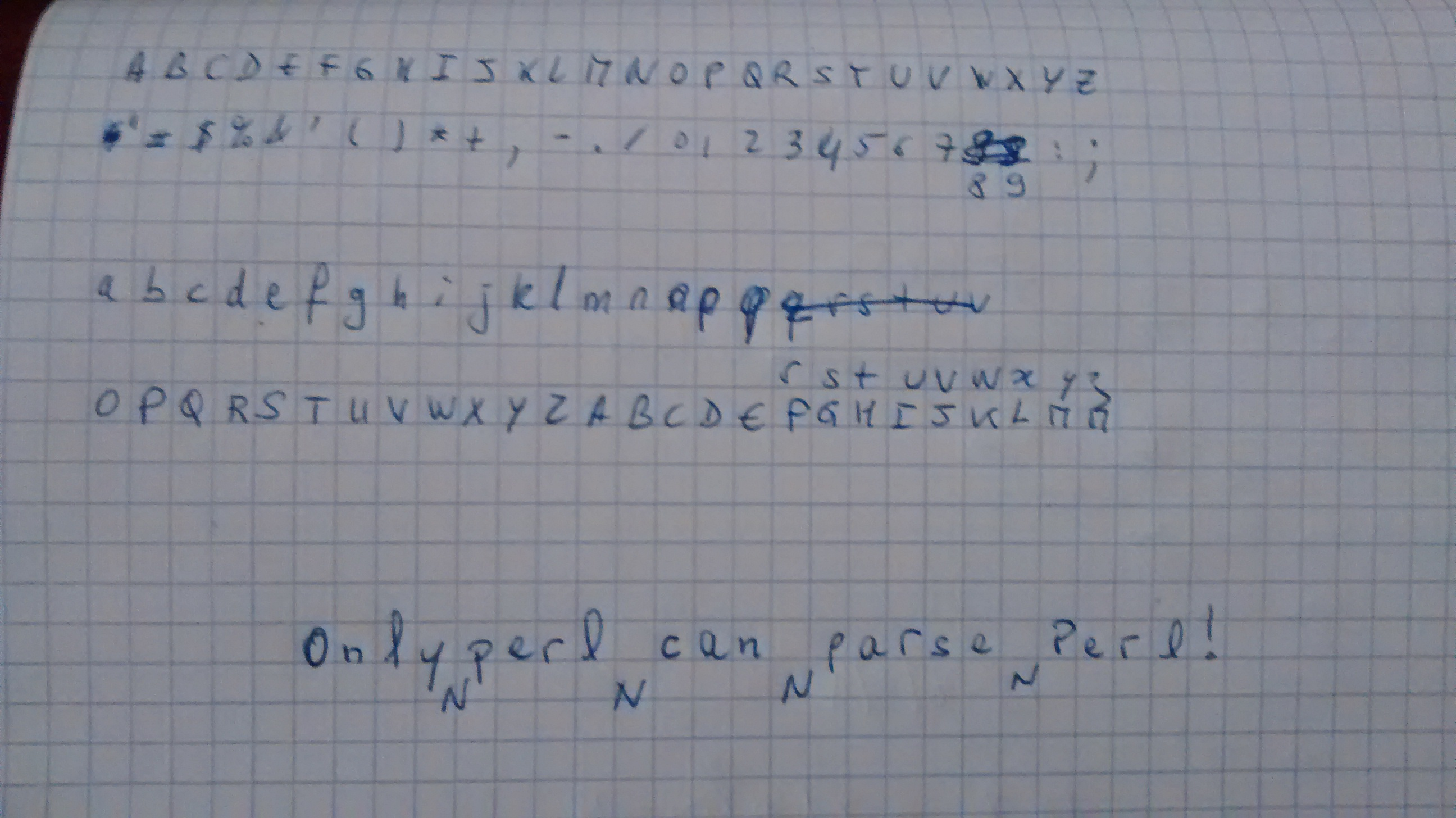 As you may read, the right answer was : Only perl can parse Perl!. Which is right.