For the Day 11 Hackvent challenge, we were given the following instructions : 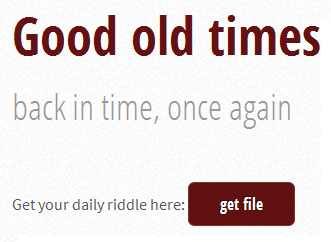 The “Good Old Times” title suggest some kind of nostalgia among hackers/dev, so I have to look for an ancient something, whether it’ an OS, a filesystem, a processor, a programing language, etc. There is also a .exe file to be downloaded. When run, it output a popup :

Since I can’t run it natively (WinXp/Win7/Win8.1) I might as look at it’s innards. It’s always useful to look at file signature in order to see if a file wouldn’t lie about it’s real nature. You can find here a list of the most common magic strings . A Windows executable file should begin by the magic string “PE” - for portable executable.

Before the PE header, there is another one : ‘MZ’, the magic string for DOS-executable. There is also another readable string present: “Keep on trying till you run out of cake!”. Let’s fire up the DOSBox.

Only 90’s kids will recognize this OS Part : 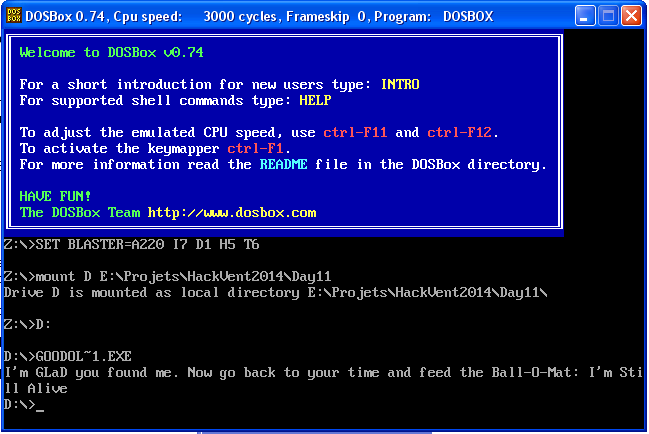 I’ve nothing much to say : I got directly the solution, which is I'm Still Alive